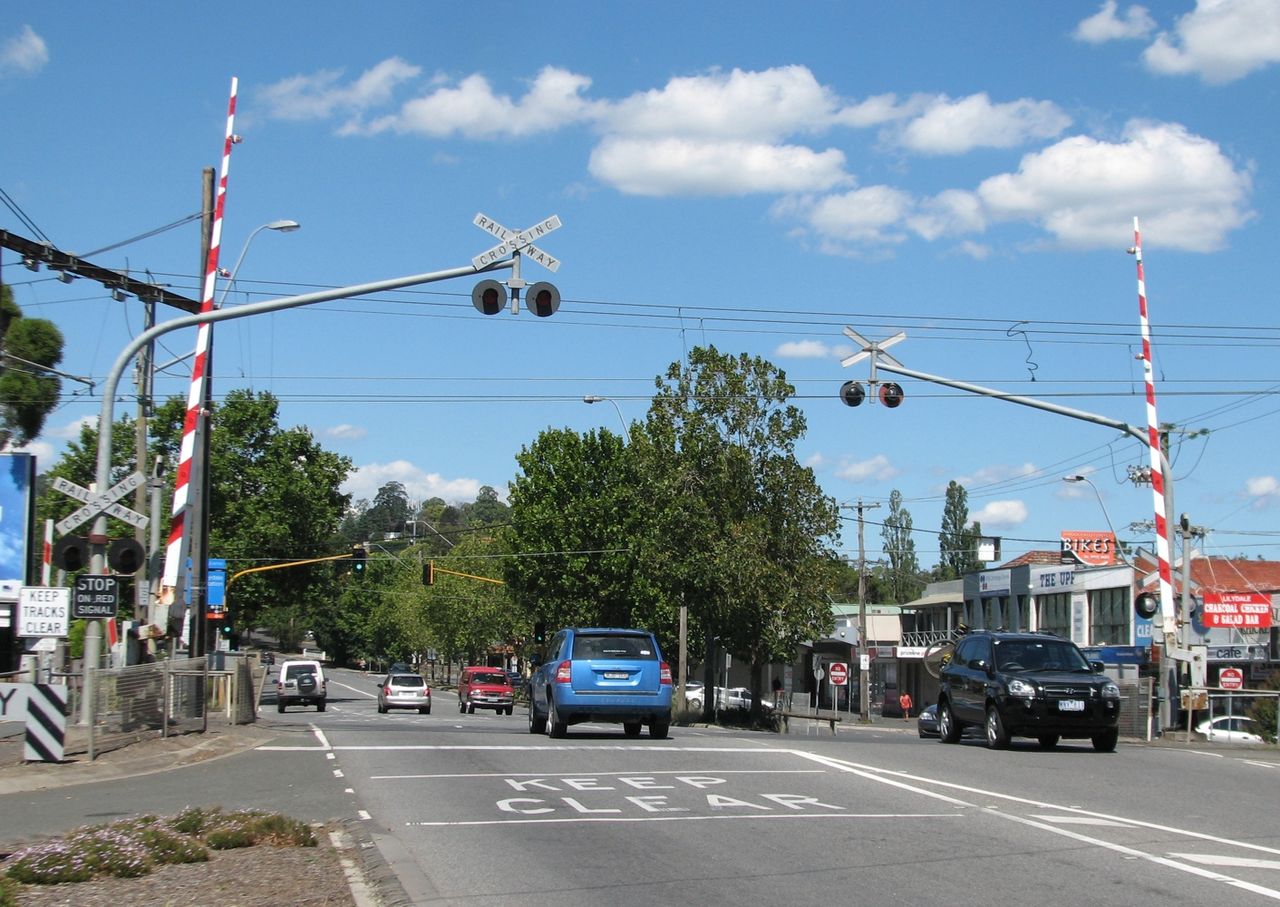 Two more dangerous and congested level crossings in Melbourne’s outer-east have been removed months ahead of schedule this morning and two brand new train stations are now open – as Victoria gets closer to reaching the major milestone of 50 level crossings gone for good.

The Manchester Road, Mooroolbark and Maroondah Highway, Lilydale level crossings are now gone, with traffic flowing freely beneath the two new rail bridges and trains returning to the Lilydale line.

They are the 48th and 49th level crossings to be removed in Melbourne – increasing safety and easing congestion for more than 53,000 vehicles travelling in these areas each day.

Lilydale, the gateway to the Yarra Valley, now has a new train station open to the public. Passengers can catch a train from elevated platforms and connect with buses at a new interchange that better links with the town centre.

Accessibility at both stations has been boosted with new lifts and stairs, platforms with canopies to shield people from the weather, accessible entrances and 24-hour staffing.

Work has also progressed on Mooroolbark Station’s 900 space multi-level car park, the largest to be built under Victoria’s Car Parks for Commuters program. It will include CCTV and improved lighting, and importantly will double the number of car parking spaces for passengers when it opens in 2022.

These two level crossing removals created hundreds of jobs. During the two-month construction blitz alone, 650 people worked around the clock to get rid of the level crossings and build the two new stations.

Work on the project will continue into 2022, including new car parks, community open spaces, landscaping and artwork.

The Andrews Labor Government’s massive investment in the Lilydale line has seen two level crossings already removed, two underway and another three recently added to the list. Once they’re all gone in 2025, the Lilydale line will be level crossing free, paving the way for more trains more often, less congestion and safer commutes.

The Level Crossing Removal Project is removing 85 level crossings by 2025, with 49 already gone for good. On average, one level crossing is being removed every four weeks in 2021.