The Art of Building photography competition returns for 2020 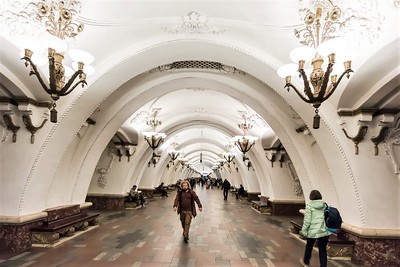 A global search is on for the best built environment photograph.

The Chartered Institute of Building (CIOB) has launched the competition – called The Art of Building –  on October 12, 2020.

Each year the competition attracts thousands of entries as keen amateurs and experienced professionals battle for the international recognition and two £1500 cash prizes.

Last year’s winners included Alexandr Bormotin, from Ivanovo in Russia, who won the Public Choice Award his incredible futuristic image of a new underground train station in Moscow, entitled Metrostation, and Pedro Luis Ajuriaguerra Saiz, a professional photographer from northern Spain, who was awarded the Judges’ Prize for capturing Hemisferic, designed by Santiago Calatrava, a science museum in Valencia.

The competition is free to enter and open to anyone aged 18 or over.  Entries can be made from 12 October 2020 until 15 November 2020.  Up to three photographs per person can be entered. Winners will be announced on 26 January 2021 following the judges and public voting rounds.

Entries will not be accepted outside of the advertised closing date or if they are embedded with borders or locks.