Suspension trauma can be a thing of the past 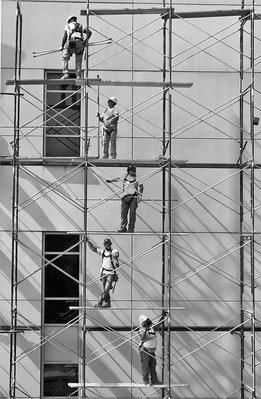 After a worker experiences a fall and is hanging in a harness, blood can accumulate in his or her veins, which can lead to orthostatic intolerance, a condition that occurs when an individual moves suddenly after being sedentary for a long time. Its symptoms include light-headedness, heart palpitations, poor concentration, fatigue, nausea, dizziness, headache, sweating, weakness and occasionally fainting while standing, according to OSHA (US Occupational Safety and Health Administration).

Construction Dive in the US states that research indicates that suspension in a fall arrest device can result in unconsciousness, followed by death, in less than 30 minutes, according to OSHA, which recommends that suspended workers be rescued as quickly as possible.​

The new safety straps alleviate this problem by allowing a fallen worker to stand, relieving pressure on leg arteries, according to the manufacturer. This helps prevent suspension trauma while awaiting rescue. The straps will be included on all North American harnesses starting this month, with incorporation completed on all mainline harnesses by the end of March 2021 and on all remaining North American harnesses by the end of 2021.