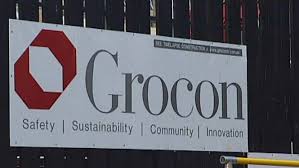 Iconic developer Grocon has announced that it is entering administration. Following weeks of media speculation, the company attributes its decision to a stoush with Infrastructure NSW over its planned development at Barangaroo. Ultimately, the site Grocon intended to develop would have impeded the lower-level harbour views of the Crown casino development which was challenged in the courts. The announcement comes after a decade (or more) of legal cases between the company and financiers as well as a controversial secondary-embargo claim on concrete supply to its Victorian projects.

Some of the company’s projects such as its Collingwood (Vic) development are not part of the administration process giving some glimmer of hope both for sub-contractors and the company itself that it may rise again.