Building roads out of ocean waste 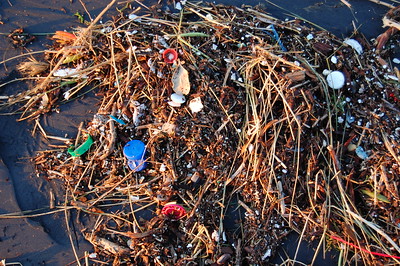 How a school assembly led to an invention with the potential to solve the problem of waste plastics.

Watching his 8 year-old daughter’s grade making a report to parents on what lives in the ocean, Toby McCartney’s daughter stated that plastic lived in the ocean, and by the time she was the age of the parents in the room, there would be more plastic than animals in the ocean.

That comment sparked him to make a commitment to do something about this situation.  He recalled visits to India with his family in the past, where he noticed locals fill holes in the road with chopped up plastic and burning the plastic to become liquid.  It would then harden into a serviceable road.

Seeing this repair, that was beneficial to the road users and environment, McCartney  realised that plastic, with it’s strength and durability, could be used in products that you did want to last a long time, such as a road.

McCartney started small by experimenting with chopping up plastic in his garage and using it as a temporary pothole filler. He even got ticketed twice by his local county for doing his experiments in the roadway.  Determined to take things to the next level, McCartney paired up with two friends, MacRebur co-founders Nick Burnett and Gordon Reed, to enter his concept—which didn’t even a working prototype—into Richard Branson’s annual VOOM Innovation Awards. As luck would have it, they won.

The exposure from the competition led to an influx of funding and further rounds of more formal testing that eventually led to a successful formula.