Aerotropolis Green Spaces to be Reduced 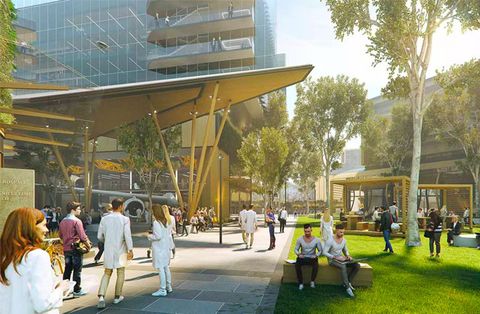 Open spaces will be scaled back under proposed changes to the final planning package for the Western Sydney Aerotropolis.

Proposed changes to the State Environment Planning Policy are on public exhibition as the state government aims to unlock the development potential of the planned city.

“We’ve listened to the community and the recommendations of the Independent Community Commissioner Professor Roberta Ryan, and reduced the amount of land earmarked for open space or an environment and recreation zoning,” Stokes said.

“We will still achieve our vision for a Western Parkland City under these proposed changes, while allowing landowners to continue using their property as they do now.

“This means fewer properties needing to be acquired while still ensuring 95 per cent of homes in the Aerotropolis will be within a five-minutes’ walk of open space.”

About 16 per cent of land in the 869ha of identified development precincts would be acquired for parks and public spaces.

Rural zoning will be reapplied to two-thirds of the land in a scaled-back environment and recreation zone at Wianamatta-South Creek under the proposed amendments.

Previously permitted land uses would also be reintroduced in the Aerotropolis and the future of Luddenham would be considered further in the Luddenham Village discussion paper as part of the public exhibition.

The New South Wales government released a report in August from the Independent Community Commissioner for the Western Sydney Aerotropolis, which outlined 40 recommendations to better support local landowners, who have met resistance in rezoning.

More than 100 landowners raised concerns about the difficulty of rezoning land in the aerotropolis precinct.

The Property Council of Australia has welcomed the proposed changes to the Western Sydney Aerotropolis State Environmental Planning Policy (SEPP).

Read more at The Urban Developer and at Planning NSW.