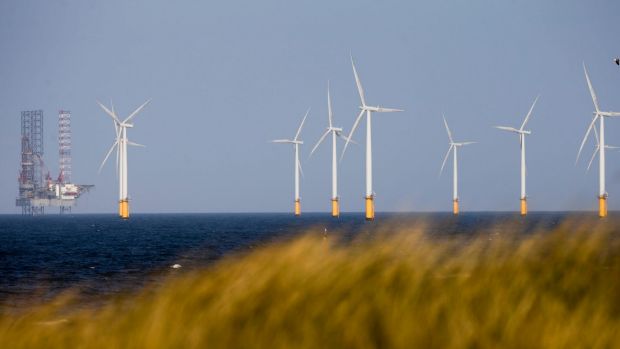 The waters off Gippsland would be home to Australia’s first offshore wind farm under a radical proposal for as many as 250 turbines generating enough renewable energy to power 1.2 million homes.

The “Star of the South” project, would supply about 18 per cent of Victoria’s power usage and be connected to existing power infrastructure in the Latrobe Valley via undersea and underground cables, according to the local company behind the project, Offshore Energy.

News of the proposal comes as pressure grows on the State Government to release its long-awaited coal policy.

Latrobe City Council has called for the policy’s immediate release and confirmed that it considers the Latrobe Valley’s vast brown coal reserves “vital to the economy of Gippsland”.

Deputy mayor Graeme Middlemiss said Latrobe Valley residents were frustrated that the coal policy had not been released.

“The delays have gone on for too long,” he said.

“We have a great economic asset here in the Latrobe Valley that can benefit the valley and the economy of Victoria, yet the government seems scared to take the steps to use this resource,” he said.

“We know that globally, businesses, investors, are looking for where to put their investment dollars in the energy sector. And where they are looking for is renewable energy projects,” she said.

In a written statement released to coincide with the “New Energy Technology Roundtable”, Offshore Energy said the project, which was “at an early stage”, would have a total investment of about $8 billion.

It also claimed that the project would generate about 12,000 direct and indirect jobs during construction, and 300 ongoing jobs.

The up to 250 turbines would be built within a 574 square kilometre area in Commonwealth waters off the Gippsland coast.

Offshore Energy’s “proposed exploration area” for the project lies off the Gippsland coast to the south-east of places such as Clonmel Island and Port Albert.

“When placed in the right wind conditions like those off the coast of Gippsland, offshore wind delivers a high, consistent flow of electricity,” Offshore Energy managing director Andy Evans said.

“Our project provides an opportunity for Australia to meet a number of energy security, economic and environmental objectives and, importantly, creates large and sustainable opportunities for the local community.”

The company says it is in “advanced discussions” with international and local investors with experience in offshore wind development projects.

“This is an exciting proposal, though one that will need to demonstrate it does not impact on marine life and brings benefits to the region. If it goes ahead at full scale it will generate an equivalent amount of energy to Loy Yang B power station,” he said.

The chairman of Seafood Industry Victoria, Markus Nolle, said the first he had heard about the proposed wind farm was when media outlets contacted him. If it went ahead the project would have an impact on the fishing industry, he said.

“I would like to think that we can co-exist, but there may be a need for compensation along the way, and I’m sure that that’s a discussion around what’s fair and reasonable,” he said.

The recent closure of the Hazelwood power station clearly shows how much the coal industry is shifting, and we need to make sure we’re adapting to this change with a policy that is up-to-date.“

A policy statement by the state government on coal would “provide surety to the market and long-term confidence,” she said.