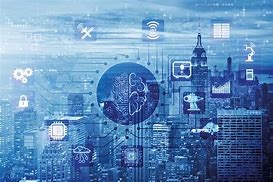 Australia’s property and asset-intensive industries could unlock a $62 billion ‘digital dividend’ by replacing old technology with cloud-based Software as a Service systems (SaaS), according to a landmark economic analysis from IBRS and Insight Economics.

That figure is the expert economists’ prediction of the savings to be made over ten years if operators ditched their datacentres and switched to cloud-based platforms to run their operations.

Edward Chung, chief executive officer of TechnologyOne, which commissioned the work, said: “This report makes it clear. It is in the interests of customers, staff and shareholders to continue, and in fact accelerate, the digital transformation underway in the sector. The opportunity is too big to ignore.”

The technological case for moving to the cloud has been clear for some time but SaaS adoption is still in its early stages in many property and asset-intensive industry organisations. The researchers estimated almost half of all large organisations in the sector still rely on on-premise software.

In their report, “The Economic Impact of Software-as-a-Service”, IBRS and Insight Economics set out to analyse, for the first time, the savings from modernising IT systems across a range of industries including government, education, health & aged care and financial services.

Using real-world case studies and face-to-face interviews with the leaders of organisations, together with benchmark data from a wide variety of local and international sources, the researchers modelled both the costs of digital transformation and it’s direct and indirect benefits.

They uncovered a game-changing potential digital dividend for the Australian economy—$224 billion over ten years*, enough to lift the country’s Gross Domestic Product by 1.3 percent—all from a relatively simple decision to fast-track investments in a proven, mature technology; SaaS.

Across each industry sector, they found the benefits of moving to SaaS far outweighed the costs. For the property and asset-intensive industry, the biggest savings came from the reduced cost of buying and maintaining IT infrastructure, increased labour productivity and reduced maintenance.

They found large construction firms can expect Total Cost of Ownership (TCO) savings alone of 14 per cent with SaaS versus an on-premise approach. Firms which own and operate large infrastructure assets can be expected to achieve TCO savings of 16 per cent on average, the analysis says.

In addition to the direct benefits, the report suggests switching to SaaS could reduce energy costs and lower Australia’s carbon emissions. Modelling by E3 suggests an increase in cloud computing from 25% to 40% by 2025 would avoid four million tonnes of CO2 emissions by 2030.

“This sector faces a number of economic challenges in the next decade, including recovering from, and responding to COVID-19. It cannot afford to leave technology savings of this order on the table. We need to move faster now and bring forward the benefits,” Mr Chung said.

“As a nation, we have a choice. We can continue to sink money into older, on-premise technologies or we can step on the accelerator, put that investment into innovation, and bring forward the benefits of SaaS so we can take advantage of the savings today,” Mr Chung said.

The full report is available at: https://www.toobigtoignore.com.au/

Benefits of SaaS for property and asset-intensive businesses

IBRS and Insight Economics estimated the organisational benefits for the sector, based on a migration to a SaaS (Native Integration) solution within three years, included: